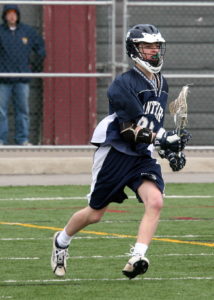 fe like there was no tomorrow. He had a huge heart and enormous capacity to make people smile and laugh. He had an unbelievable twinkle in his eye. Most times that twinkle made visible his enthusiasm for life and his joy in living. Other times it was a harbinger of the mischief that was to follow — spraying the halls in middle school with Axe, opening the emergency door on the school bus while it was in motion.

One of Jeff’s dreams was to play Varsity lacrosse and to play with his brother. Both of these he did the year he died.

Jeff brought to his parents, his brother and his friends “moments of true happiness”. For this we are forever grateful.  He also brought the gift of life to 5 people who were fortunate enough to receive his organs. We are confident that some of Jeff’s smarts, verve, sense of humor and wackiness went along to those who received some small physical part of him and that they will benefit not just from his life, but from his love as well.

It is our wish to spread Jeff’s life and love of it through Rochester Kids. We are hoping that you choose to help us do this through your contributions to either the organization and/or the JMJ Memorial Lacrosse Tournament, our primary fundraising event.

"Never doubt that a small group of thoughtful committed citizens can change the world. Indeed, it is the only thing that ever has." -- Margaret Mead.